The Many Moving Parts of Banning Drift Gillnets 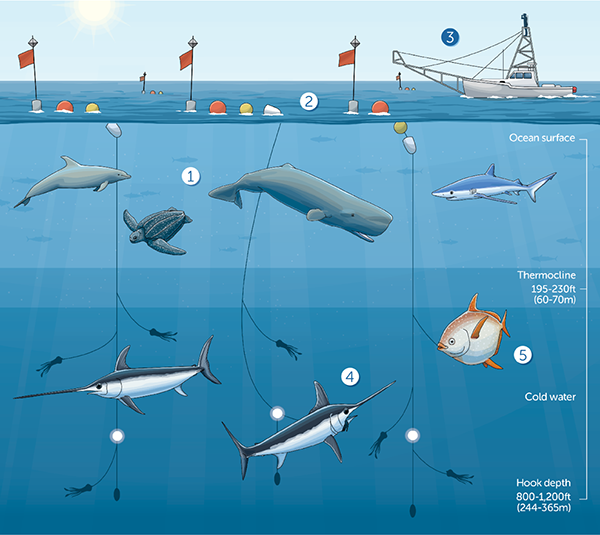 As many IGFA members know, for the last four years the IGFA has been working with a number of like-minded recreational and environmental organizations to phase out destructive drift gillnets in the United States west coast swordfish fishery and replace them with sustainable deep-set buoy gear.   This effort has evolved into a “three-pronged approach” involving both state and federal legislation as well as work with the Pacific Fishery Management Council (PFMC).  So, where are we now?

We were fortunate to see a law passed in California in September of last year that will phase out the use of drift gillnets in state waters.  This law establishes a public-private funding partnership to help fishermen that have been harvesting swordfish to transition to more selective fishing methods such as deep-set buoy gear.  Under the new law, the use of drift gillnets will be phased out over a four-year period.  Commercial fishermen will be compensated $10,000 for their state drift gillnet permit and active participants in the fishery will be compensated up to an additional $100,000 for surrendering their gillnets, which will be destroyed and recycled.  This buyout program will incentivize commercial fishermen to use more discriminate fishing gear that has a much lower bycatch rate than drift gillnets.

Carefully tested over the last five years, deep-set buoy gear looks to be the most promising alternative to gillnets.  A Review of the California Drift Gillnet Fishery commissioned by the American Sportfishing Association reported that deep-set buoy gear has bycatch discard rate of just 2%.  The economics are just as promising.  Swordfish caught using deep-set buoy gear fetch, on average, $6.65 per pound compared to $3.37 per pound for swordfish landed in the DGN fishery.  Buoy gear-caught swords get nearly double the price because the gear is actively tended, which allows fishermen to quickly catch and ice fish, 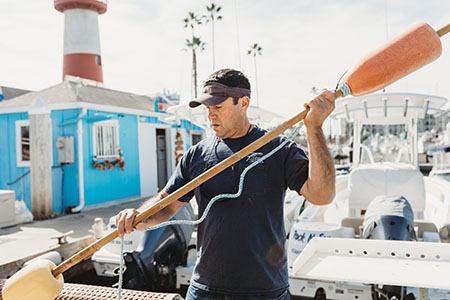 resulting in a higher-quality product.  However, this gear is not currently authorized for use by all commercial swordfish fishermen.

Authorizing deep-set buoy gear falls under the purview of the Pacific Fishery Management Council (PFMC).  For the last several years, the IGFA, Wild Oceans, the American Sportfishing Association, CCA California and environmental groups such as the PEW Charitable Trusts have been urging the PFMC to authorize this gear but with limited success.  However, in November of last year, the PFMC finally issued a range of alternatives that will allow the use of deep-set buoy gear by commercial fishermen.  Part of the new management system will include a limited entry program for the Southern California Bight to reduce gear conflicts with both commercial and recreational fishers.  The PFMC is scheduled to finalize the authorization process in June of this year.

The final piece of the puzzle is federal legislation that was introduced in Congress in April 2018 by Senator Diane Feinstein. The Driftnet Modernization and Bycatch Reduction Act has the objective of phasing out drift gillnets in the United States’ Exclusive Economic zone and replacing them with alternative fishing methods that minimize incidental bycatch.  If passed, this law would also offer compensation for fishermen that surrender their federal permits and gear.  While this may

seem redundant to the state law passed in California, the passage of this legislation is important because it would close a potential loophole that might allow commercial fishermen to continue using drift gillnets in federal waters.

Unfortunately, the Driftnet Modernization and Bycatch Reduction Act was not enacted in the last session of Congress.  However, this bill is scheduled to be reintroduced and, as you read this, representatives from the IGFA, Wild Oceans, American Sportfishing Association and the Coastal Conservation Association of California are meeting with congressional leaders in Washington DC to urge them to get this bill reintroduced and passed in this session of Congress to put a final end to a destructive form of fishing gear that is already banned everywhere else in the United States and in many other countries.