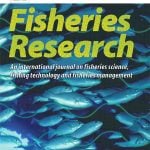 Authored by Dr. Ed Camp and colleagues, this research is the first peer-reviewed work from the Forage Fish Research Program, which is a partnership between the Florida Fish and Wildlife Conservation Commission (FWC) and the Florida Forage Fish Coalition led by the International Game Fish Association.

Natural mortality of juvenile fishes is intense, and it is imperative that they have ample forage to allow them to outgrow this vulnerable phase of their lifecycle.  The objective of Camp’s research was to assess which forage fish species are most important to four recreationally important game fish species and to determine if there have been declines in abundance of key forage species.

According to Dr. Camp, “It’s not just what forage species are consumed by fish, but when in their lifetime they are eating these different species.  Availability of forage fish consumed by juvenile game fish may affect their overall population abundance and their subsequent availability to recreational anglers.”

Camp’s research found that these key forage fish species aren’t necessarily the “bright and shiny baitfish” that anglers typically think of and many key forage species aren’t even fish at all but invertebrates such as shrimp and crabs.  His research also documented declining trends in 37% of assessed forage populations, but states that these declines may be driven more by long-term changes in environmental conditions (e.g., estuarine conditions, ocean currents and freshwater inflow) rather than fishing pressure.

Ed Camp was one of the first two Research Fellows that were provided funding from the Florida Forage Fish Coalition and his research is just the first of several forthcoming peer-reviewed publications from the Forage Fish Research Program.   To date, the Coalition has funded a total of six Forage Fish Research Fellowships and has created a proven model on how the public can facilitate productive collaboration between state agencies and academic institutions.

According to Camp, “The greatest value in the Forage Fish Research Program is that it facilitates cooperation among academics, environmental and recreational fishing organizations and the FWC.  I believe research born out of purposeful collaboration like this is more likely to be adopted and used by all entities.  And, in the end, that’s the point of my work and that of most other fisheries scientists.  We want research to be used to inform resource policy that affects stakeholders.”