Meaghan Faletti and colleagues have just published the second peer-reviewed study from the Forage Fish Research Program, which is a partnership between the Florida Fish and Wildlife Conservation Commission (FWC) and the Florida Forage Fish Coalition led by the IGFA.  Meaghan Faletti was one of the Forage Fish Research Program’s first year Fellows and her research investigated the population dynamics of pinfish in the eastern Gulf of Mexico.

Meaghan conducted this research while working on her master’s degree at the University of South Florida in St. Petersburg, Florida. Among other findings, her research found that pinfish abundance is strongly dependent on healthy seagrass habitat. “Of several habitat variables that affect the presence and abundance of pinfish, the density of seagrass is the most important factor,” stated Faletti.  “Our research shows that pinfish populations in the eastern Gulf of Mexico estuaries are stable in the long term and follow similar trends throughout the year, with peak densities occurring in March and April.” 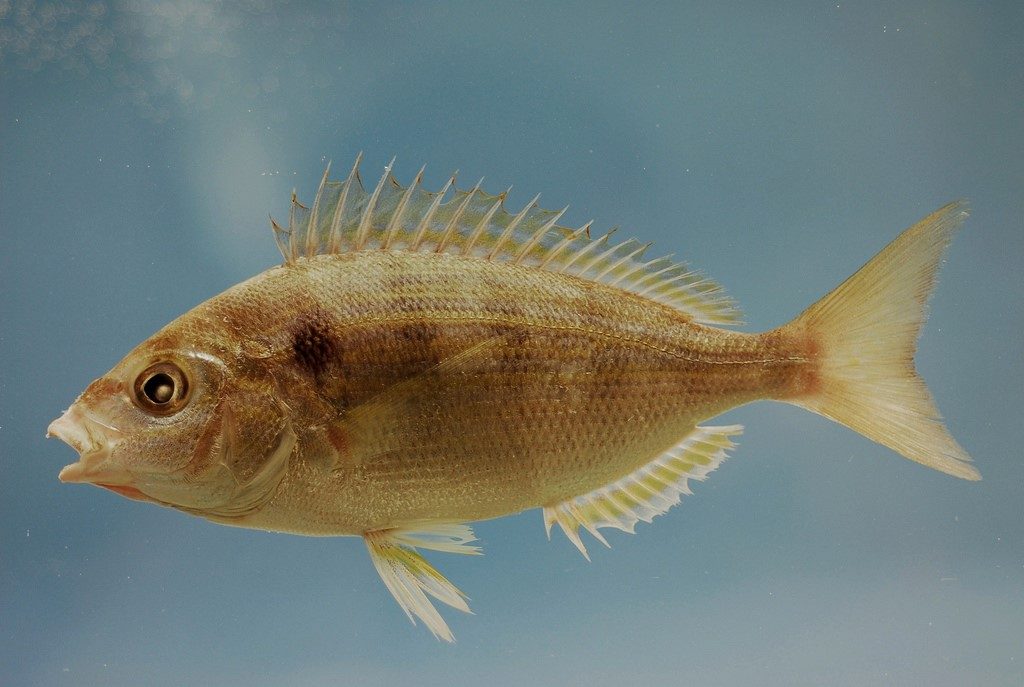 Pinfish (Lagodon rhomboides) are one of the most common and abundant forage species in eastern Gulf of Mexico estuaries.  And any angler worth their salt knows they are also a very effective bait  for everything from grouper to tarpon.  Juvenile pinfish inhabit coastal seagrass habitats and adults migrate offshore to spawn between October and May.  Because pinfish utilize both inshore and offshore habitat, they serve as prey for a broad suite of predators over the course of their lifetime.  Despite their ubiquity and importance to marine predators, no formal stock assessment has been conducted  of this species.

In collaboration with the Florida Fish and Wildlife Research Institute (FWRI), Faletti and her coauthors analyzed 19 years of pinfish catch data collected by FWRI from four major estuaries in the Gulf of Mexico along Florida’s west coast.  Their unprecedented investigation into the population dynamics of this important forage fish found that pinfish abundance and biomass were highest in estuaries with more submerged aquatic vegetation and higher average water temperatures. Their results found that density and biomass varied greatly across the four estuaries and was potentially due to variation in the quality of juvenile habitat or differences in larval supply to each estuary.  Consequently, they also found that the two southern estuaries with abundant seagrass and higher annual water temperatures also had average densities and biomasses of pinfish that were two times higher than the two northern estuaries that were sampled.

Although pinfish density and biomass varied spatially, pinfish populations in all four estuaries exhibited long-term stability even in the face of acute environmental events, including severe cold events, red tide blooms and seagrass die-offs.  That said, the authors contend that stressors associated with excessive nutrient input, habitat loss and increasing water temperatures may lead to declines in seagrass growth and survival.  Because pinfish exhibit such a high degree of dependency on seagrass as habitat, loss of seagrass could have a profound influence on the productivity of this species.  This further indicates that forage fishes, such as pinfish, can act as indicator species for fishes that occupy higher levels of the food chain.  As such, monitoring the population dynamics of forage fishes is essential for maintaining healthy fisheries.

Falleti’s full publication is available at the online journal PLOS ONE.  If you’re an angler that uses pinfish for bait, you might just learn something.  Stay tuned for more published research forthcoming from the Forage Fish Research Program.