Welcome to the slam and trophy clubs.

These newly approved slams and clubs vary from a forty-nine-year journey to a back to back slam. Congratulations are in order for all!

It took IGFA Representative Sally L. Kurz 49 years, but she recently completed her IGFA Billfish Royal Slam! Sally caught her first billfish, a Pacific blue marlin, aboard the Mokunani in Kona, Hawaii, in August of 1970. In the following years, she caught multiples of every required species, sans the elusive swordfish.

This past month on October 7, 2019, Sally finally caught a swordfish on the Miss Britt out of Miami, Florida.

There are fewer than 20 women in the world who have accomplished this outstanding angling feat. Congratulations, Sally, on an incredible journey! 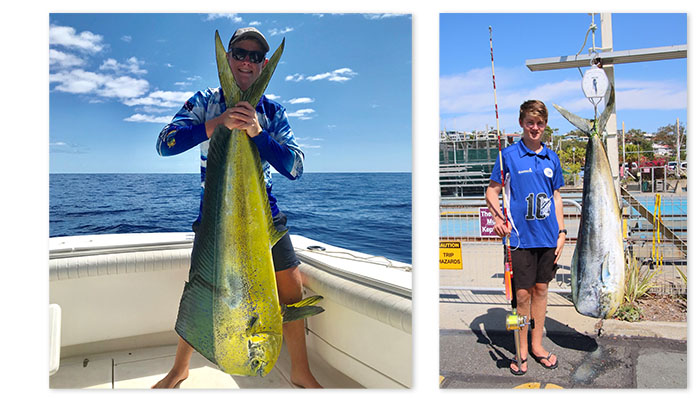 Flynn for the win!

To top the day off, Robbie’s sister landed the new potential IGFA Female-Smallfry World Record dolphinfish! Congratulations to the Flynn family on a fantastic day of fishing.

On July 6, 2019, Bryan Marlowe completed an IGFA Trout Fantasy Slam, a worthy accolade. But Bryan is back again, this time as a member of the IGFA Royal Slam Club.

Bryan caught all seven of the required trout species in less than five months. The last species on his slam list was a lake trout that he caught in Bear Lake, Utah. He caught all seven fish while fly fishing, one a select few who’ve accomplished this feat.