Pebble Mine and the Fate of the World's Largest Salmon Runs

By Guido Rahr, President and CEO of the Wild Salmon Center 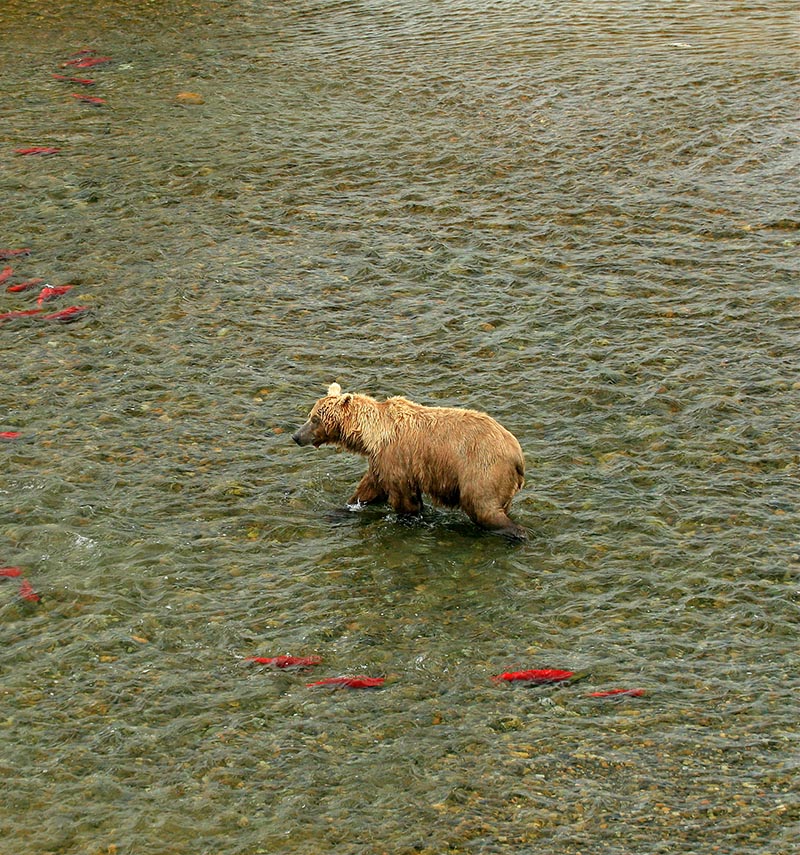 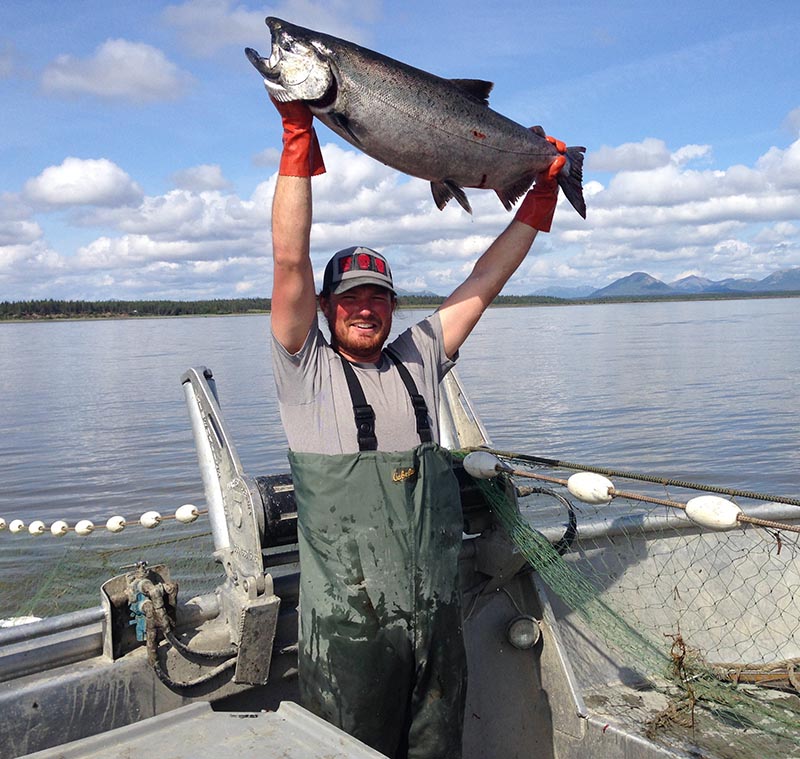 The pristine rivers, wetlands and lakes that flow into Bristol Bay, Alaska produce the largest wild salmon runs on earth.  Each year up to 60 million salmon return, including half of the world’s sockeye salmon and the largest remaining Chinook salmon runs known.  The salmon are so abundant that they can be seen from airplanes, and they support tens of thousands commercial and recreational fishing jobs and a $1.5 billion dollar salmon-based economy that stretches across the country.

But in 1987, a group of geologists discovered a massive deposit of gold, copper and molybdenum in a remote and uninhabited area in the headwaters of Bristol Bay.  The deposit was found to be over 5,000 feet deep and later was recognized as one of the largest undeveloped reserves of copper and gold in the world.  Directly downstream from the proposed mine lie two of the most productive salmon watersheds anywhere along the Pacific Rim, the Kvichak and the Nushagak. For more than a decade, recreational and commercial fishermen, and 15 Alaska Native tribes have battled against the mine. All see it as an existential threat to their economy and way of life. At Wild Salmon Center, we see the fight to stop Pebble Mine and defend Bristol Bay as the most important conservation issue of our generation. 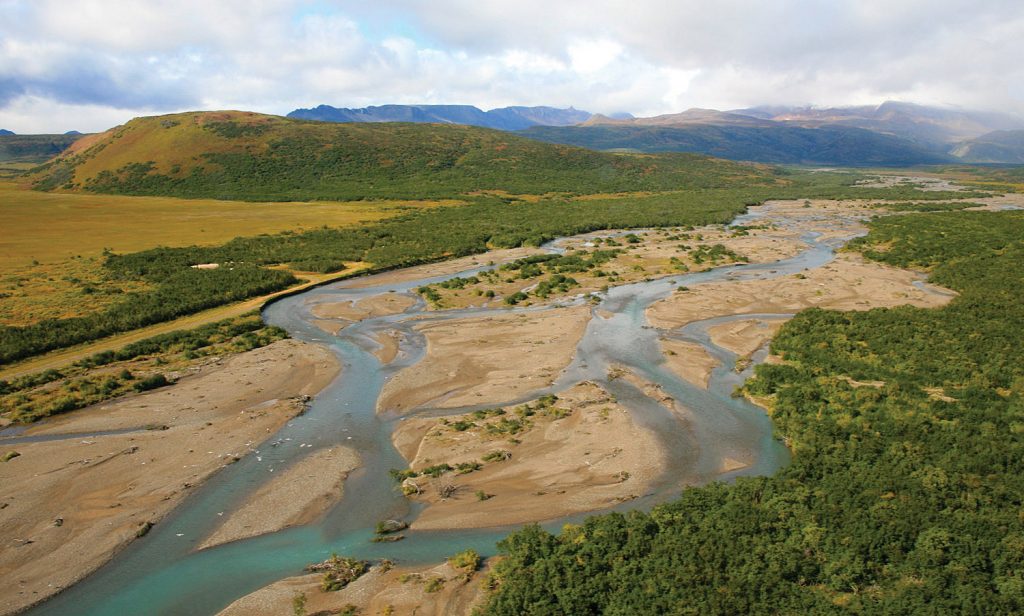 One September day in pre-Covid times, Dan Michels, the owner of Crystal Creek Lodge, and I flew across the tundra to the Kvichak River, just below where it pours out of Lake Iliamna.  For an hour we flew over a landscape completely untouched by human hands.  The salmon rivers and streams wound through vast expanses of multicolored tundra, vivid green wetlands, and spotted by lakes of all hues, each with a pair of tundra swans brilliant white against the dark waters.

The Kvichak flowed wide and shallow in braids that wound through meadows and wetlands, and from the air we could see the shapes of salmon visible in the clear water– the last of the chum salmon runs and the deep red shapes of groups of spawning sockeye salmon.  Behind the spawning salmon and invisible to us were the fish we were after -- gleaming, chrome-sided rainbow trout that had migrated from the lake into the river to feed on salmon eggs. 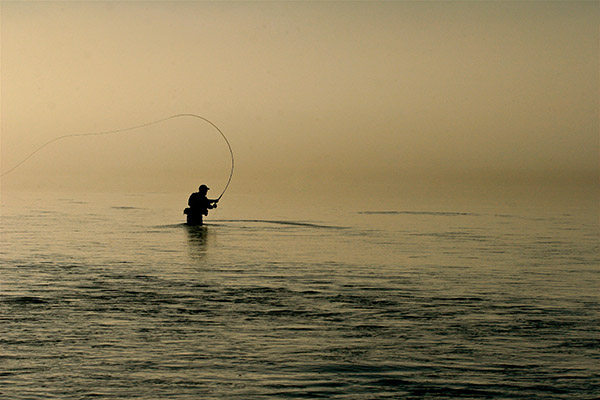 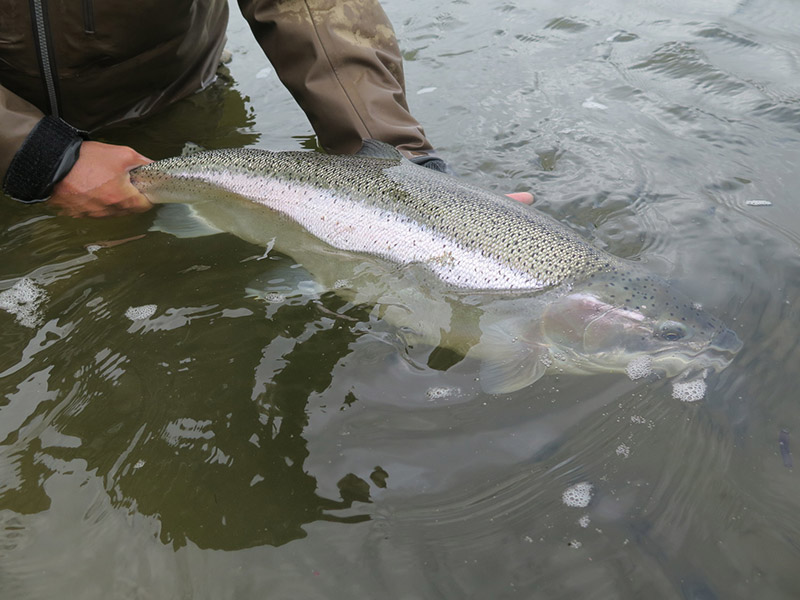 The salmon runs, first the Chinook, then the sockeye, followed by the pinks and chum and finally the waves of coho salmon, represent possibly the greatest transfer of protein from the ocean to the rivers and land anywhere on Earth. In the embattled world of wild salmon, this was a corner of the world somehow spared from the ravages of development that have crippled most of the once great salmon rivers of the Pacific Rim.

Over 60% of Alaskans and more than 80% of Bristol Bay residents oppose the proposal to build what could be North America's largest open pit mine. They all recognize that gold and copper mines create a permanent source of pollution for the waters that lie downstream.  When water and air interact with the mine’s leftover waste rocks, or “tailings”, they produce “acid mine drainage”, which is toxic to aquatic organisms including salmon. An experimental water treatment regime will manage billions of gallons of toxic wastewater and return it to the watershed every year.  Even worse would be a failure of the tailings dam.  Pebble proposes to store up to 10 billion tons of waste behind a 600-foot-high earthen dam, which would need to be managed forever.  Inevitably, these dams fail, as happened at Mount Polley in British Columbia in 2014, and Brumadinho in Brazil last year.  Increasing the risk of dam failure at Pebble, the mine would sit in one of the most tectonically active regions of the Pacific Rim, regularly rocked by earthquakes: A 5.7 magnitude earthquake occurred on a fault near the mine in 1994 and the fault is capable of a magnitude 7 earthquake. For all these reasons, the late Alaska Senator Ted Stevens opposed this mine with the words “This is the wrong mine in the wrong place.”

The irony is that as the battle over whether to permit the Pebble Mine has raged, billions of dollars have been invested in the Lower 48 states in the recovery of salmon and steelhead populations listed for protection under the Endangered Species Act.  In light of that, allowing a junior Canadian mining company, which has never constructed a mine, to place the greatest salmon runs on earth at permanent risk, surely ranks as one of the worst ideas in U.S. history.

"Allowing a junior Canadian mining company, which has never constructed a mine, to place the greatest salmon runs on earth at permanent risk, surely ranks as one of the worst ideas in U.S. history." 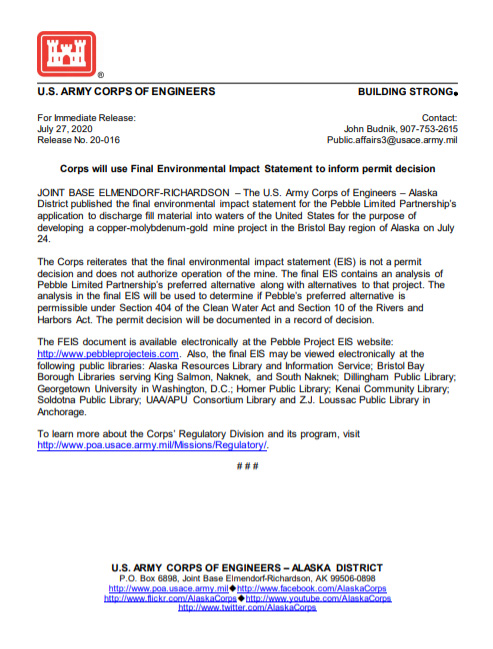 Pebble Limited Partnership, the subsidiary of Northern Dynasty, is now in a race to secure key federal permits before it can begin construction.  On July 24, the U.S. Army corps of Engineers released a final environmental impact statement for the mine, which was expected to be followed closely by permit approval.  The impact statement, which was developed in record time, was criticized by federal agency and independent scientists as incomplete and built on shaky science and, at the last-minute this August, key Republican figures joined their Democratic counterparts, Alaskans and fishermen worldwide to call for a stop to the mine.  On August 24, the Army Corps of Engineers announced that it would not permit the mine until new conditions were met.  The same day both of Alaska’s Senators announced that they agreed with the decision to delay permitting.

Will this be enough to stop the Pebble Mine?  Probably not. Northern Dynasty is spending $700,000 dollars a quarter on lobbyists and has the support of the Alaska Governor Mike Dunleavy and the Alaska Republican Party.  Furthermore, the company has considerable latitude to properly meet the new conditions set by the U.S. Army Corps of Engineers and receive its federal permit.

"The best way to stop Pebble is for the US Environmental Protection Agency to use its authority under the Clean Water Act to prohibit certain toxic mining activity in the sensitive headwaters of Bristol Bay rivers."

The best way to stop Pebble is for the US Environmental Protection Agency to use its authority under the Clean Water Act to prohibit certain toxic mining activity in the sensitive headwaters of Bristol Bay rivers. This will take mining off the table in these pristine and productive watersheds.  Then, local communities can turn towards permanently protecting one of the most important salmon systems left on Earth.

<< Learn more about the Pebble Mine campaign and take action: wildsalmoncenter.org/bristol-bay >>