Tracking Billfish Around the World 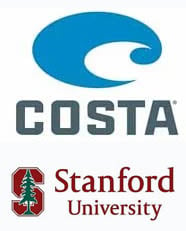 The IGFA Great Marlin Race, presented by Costa, is a partnership between the International Game Fish Association and Stanford University that links recreational anglers with advanced satellite tagging technology to study the ecology of billfish species worldwide. With the health of many billfish stocks in question across the globe, the IGMR seeks to obtain the information necessary to better inform resource managers and policymakers to ensure long-term sustainability of these recreationally and economically important species. The IGMR has three primary goals: increase understanding of the distribution and behavior of billfish species in relation to their environment in order to better inform fishery-management entities; increase participation of recreational billfish anglers worldwide in electronic tagging science; and to provide free, open-access billfish tag data to scientists throughout the world for their research.

The concept of the IGMR is simple: During billfish tournaments, angling teams are invited to sponsor pop-up satellite archival tags to be deployed on marlin, sailfish, or spearfish species caught and released during the event. Then, 240 days after the PSAT is deployed, it automatically releases itself from the fish and transmits information of its migratory path, depth profiles, and sea temperatures to earth-orbiting Argos satellites, which is then sent to researchers at Dr. Barbara Block’s lab at Stanford University to be compiled, processed, and analyzed. Because the total logged distance is estimated using advanced geolocation algorithms with some error, the IGMR uses straight-line GPS distance from deployment to tag release to judge the IGMR winners. Essentially, the PSAT that pops up farthest away from where it was deployed wins the race. Since the program started in 2011, the IGMR has become the largest citizenscience- based billfish satellite-tagging program on Earth. To date, the IGMR has deployed over 440 satellite tags on seven species of billfish in 21 different countries around the world. These IGMR tags have collected nearly 250,000 miles of billfish-tracking information. To put that into perspective, tagged billfish have mtraveled enough miles to circumnavigate the earth more than 15 times. 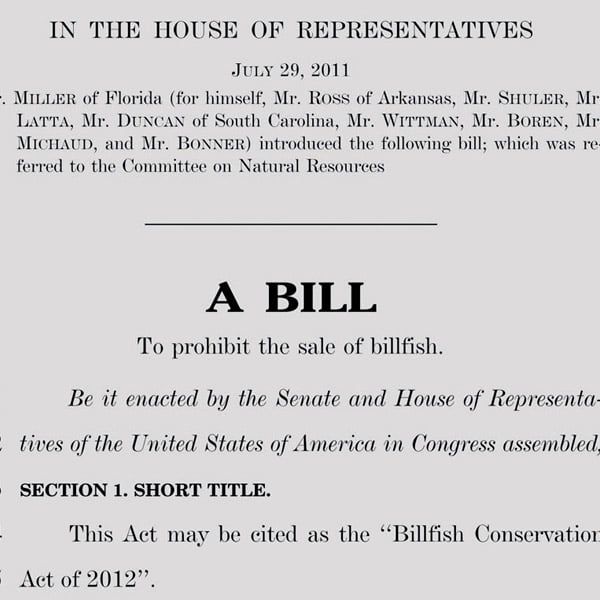 The IGMR has also been successful at advancing billfish science and management. Data from the IGMR represents the world’s largest billfish satellite-tagging database, and this information is made freely available to the scientific community for analysis. Because of this open access data policy, the IGMR has contributed to eight peer reviewed scientific articles, with more currently in progress. This dataset was also used to accomplish perhaps the most important billfish legislation in US history: the Billfish Conservation Act of 2012. In coordination with Wild Oceans, whose mission is to “keep the oceans wild to preserve fishing opportunities for the future,” the IGFA was successful in obtaining the passage of this act, as well as a subsequent amendment in 2018. This legislation effectively bans the importation of marlin, sailfish and spearfish in the continental United States, and substantially reduces the global market for these threatened species.

"This dataset was also used to accomplish perhaps the most important billfish legislation in US history: the Billfish Conservation Act of 2012."

In recent years, race winners have come from Hawaii and Bermuda, but in the past, Lizard Island, Australia, has produced some of the longest tracks ever witnessed by researchers. In fifth place is a PSAT placed on a 750-pound black marlin out of Lizard Island in 2014. This tag, sponsored by Peter Teakle, popped up 3,817 nautical miles from the deployment location after 181 days. This fish is estimated to have traveled a total of 5,349 nm along its migratory track, heading due east, halfway across the Pacific before turning north and popping off across the equator. A tag sponsored by Lainey Jones that was deployed on a 300- pound blue marlin 2018 comes in fourth place. After 243 days, it popped up south of the equator in March 2019—4,166 nm from the deployment location. It is estimated that this marlin traveled a grand total of 6,665 nm, crossing the Atlantic before working its way down the coast of Africa. In third place is another black marlin tagged from Lizard Island. The PSAT— also sponsored by Teakle—was deployed on an estimated 700-pounder in November 2015, and after 240 days, popped up 4,393 nm from its deployment location. It is estimated that this fish traveled an incredible total of 8,577 nm malong its migratory track. And much like the fifth-place black marlin from the year prior, this fish traveled eastward across the Pacific before the tag released near the equator. Second place goes to one of the earliest IGMR PSAT deployments from Puerto Rico in 2011. This tag, sponsored by Trevor Somny, Bruce McKee and Bill Crawford, was deployed on an estimated 575-pound blue marlin in September 2011. After 120 days, the tag popped up 4,776 nm from the deployment location. This fish took a southeastern track, zigzagging its way across the Atlantic and crossing the equator; the tag popped off just west of the continent of Africa, in the South Atlantic. Finally, the overall leader of the decade-long IGMR is a PSAT sponsored by Ernesto Bertarelli. This tag was deployed on a massive 1,100-pound black marlin in October 2014, and after 180 days, popped up 5,716 nm from its Lizard Island deployment location—nearly 1,000 nm farther than the current second-place tag. This fish is estimated to have traveled 6,787 nm along its migratory track that heads east, before popping off approximately 1,800 nm west of South America. This is one of the largest black marlin tagged using PSATs, and the resulting track is truly impressive by any measure.

The IGMR plans to deploy up to 40 PSATs on marlin, sailfish and spearfish in 2021. Deployment locations include the Bahamas, Bermuda, California, Hawaii, Italy, Japan, New Zealand, Tobago and Western Australia. We are excited to add even more data to the IGFA Great Marlin Race database in regions where little is known about billfish biology and behavior. These are the next tag locations and dates:

We are eternally grateful to the tag sponsors and supporters who make the program successful enough to provide the much-needed data that will help protect billfish populations for future generations worldwide. The winning black marlin’s PSAT was sponsored by Ernesto Bertarelli in 2014, popping up after 180 days—5,716 nautical miles from its initial deployment location of Lizard Island, Australia.

It's a win-win! Over the past decade, the IGFA Great Marlin Race (IGMR) has fundamentally changed the way that scientists, anglers, and policymakers understand these amazing animals. Support the future of billfish today by clicking here.

* The CARES Act includes several provisions to encourage charitable giving for United States tax payers. For individuals that are itemizing, the adjusted gross income (AGI) for cash contributions was increased. You can now elect to deduct up to 100% of your AGI (increased from 60%). Not itemizing? The CARES Act allows for an additional “above-the-line” deduction for charitable gifts made in cash of up to $300. Tax laws vary from state-to-state and person-to-person. Please consult your tax advisor for your particular situation.

* Due to variability in international shipping vendors and rates, the purchaser and not the IGFA is responsible for all shipping costs associated with items sent outside the United States.