The 30x30 Initiative:
What Anglers Need to Know

In recent years, the discussion over our changing climate and loss of biodiversity has caused governments, the scientific community, and the general public to focus on what can be done on an international scale to protect terrestrial and aquatic habitats. 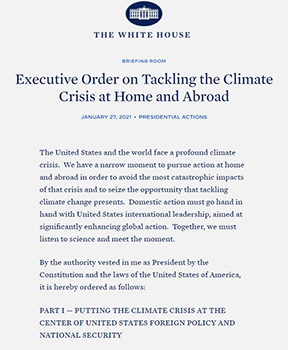 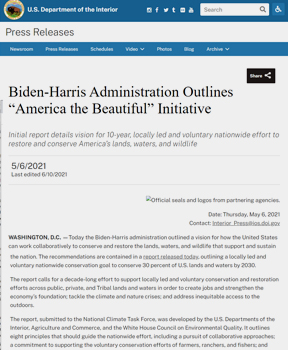 The movement brought about by this habitat and biodiversity issue is the 30x30 initiative. Originally proposed by the United Nations Convention on Biological Diversity, the concept is to protect 30% of the planet (land and ocean) by 2030. In the past several years, national and state governments have begun to take notice and create their own 30x30 plans. In the United States, President Biden released the Executive Order on Tackling the Climate Crisis at Home and Abroad in January 2021, followed by the “America the Beautiful” initiative in May 2021 that outlined plans for implementation of conservation efforts and set the stage for NOAA to begin sorting through solutions.

As anglers, conserving habitat is obviously in our best interest. Healthy habitats translate to more and better fishing opportunities. Conservation efforts that result in clean water, productive habitat, and sustainable fisheries are supported and advocated for by the majority of recreational anglers and angling groups, including the IGFA. The 30x30 initiative seeks to provide these benefits.  However, the methods to achieving these end goals are yet to be determined, as well as what habitat “conservation” actually means. 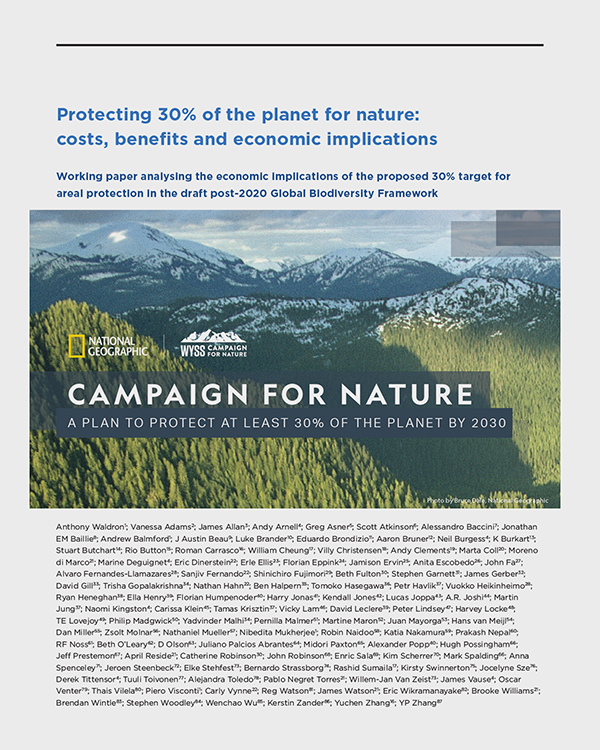 A 2020 report published by The Campaign for Nature, a partnership between National Geographic and the Wyss Campaign for Nature, discusses the ecological and economic benefits of expanding conservation areas to 30% of the earth’s surface by 2030.  The report states that economic output is greater if the 30% target is implemented, than if it is not implemented.

The IGFA believes that habitats that already have significant protections in place should count towards the 30% target.  Furthermore, instead of just shooting for a target of 30%, we believe that habitat conservation efforts should be prioritized toward protecting habitats that have been documented as having high risk of degradation. 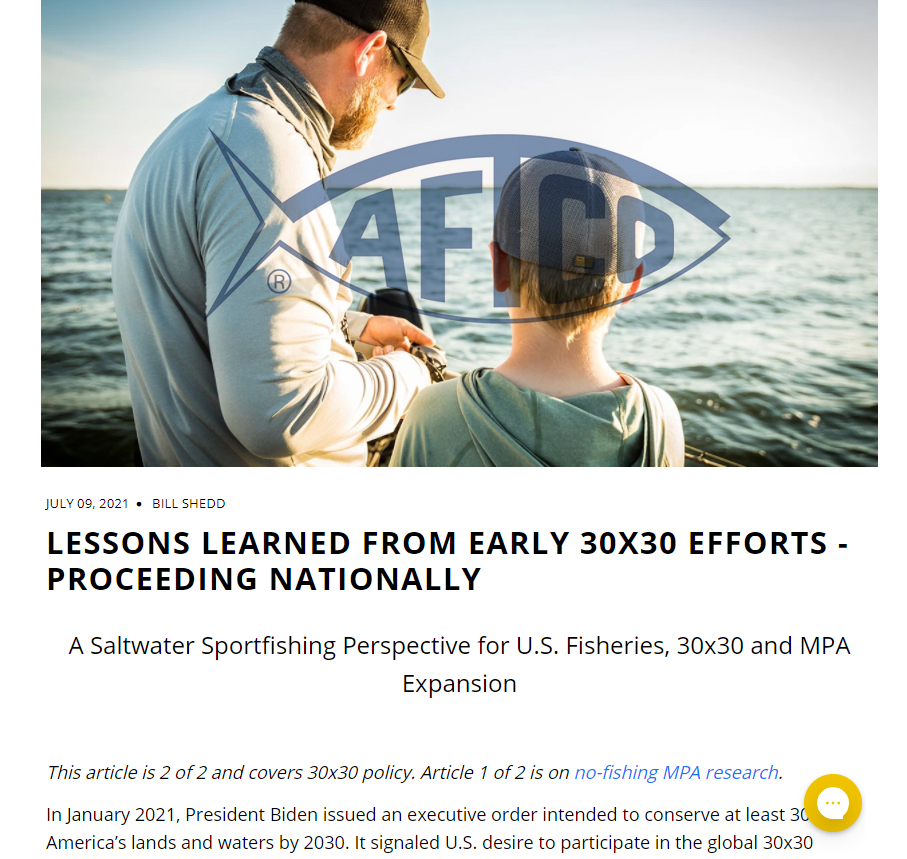 So, it is clear that recreational anglers not only rely on aquatic habitats, but they actively contribute to conserving them.  However, one of our biggest concerns is how “conservation” will be defined in the 30x30 initiative.  The Cambridge Dictionary defines conservation as “carefully using valuable natural substances that exist in limited amounts in order to make certain that they will be available for as long a time as possible."

The keyword in both natural resource and conservation definitions is “use."  As such, the IGFA is supportive of the 30x30 initiative, as long as conserving or protecting habitat still allows for sufficient access for recreational anglers.  What we do not support is the arbitrary creation of Marine Protected Areas (MPAs) that completely ban angler access without credible scientific merit for doing so.  Unfortunately, there are some organizations that view no access MPAs as the first solution to achieving habitat protection, when, in reality, they should be viewed as the last.

The efficacy of MPAs is hotly debated in the scientific community.  Our partners at the American Fishing Tackle Company (AFTCO) have compiled their thoughts on the 30x30 initiative and the use of MPAs to achieve these goals.  We suggest you take a look at what they’ve put together.

Anglers should be supportive of regulatory actions that have the goal of conserving aquatic habitats.  Indeed, anglers inherently understand that healthy habitat directly translates to vibrant fisheries.  As such, the IGFA is supportive of the 30x30 goal of conserving aquatic habitats, as long as it does not unjustly or unfairly limit opportunities for recreational angler access.  The IGFA believes in taking a proactive approach to the global 30x30 initiative by participating in this process at the regional, national and international level to best represent recreational anglers’ interests.   Our specific objectives are to: 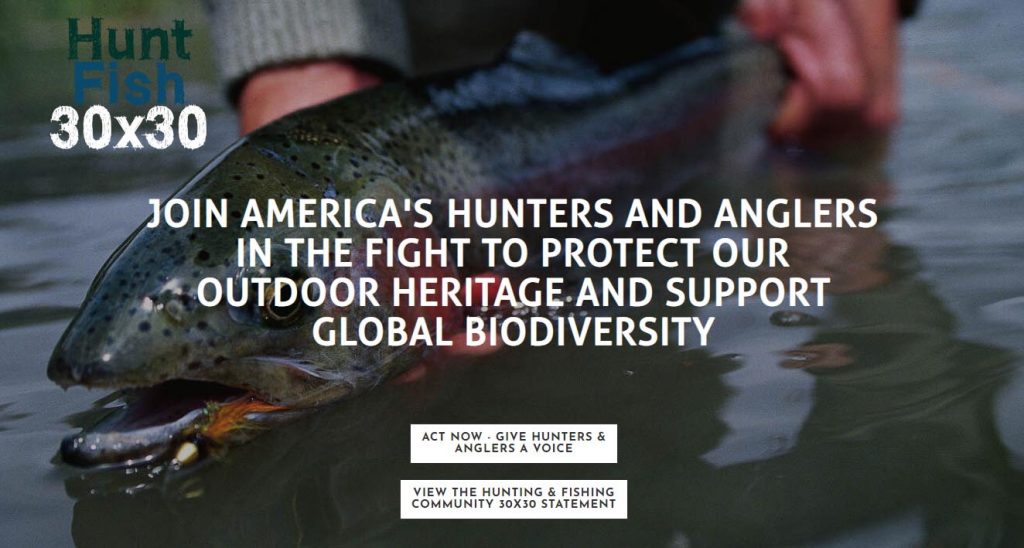 The 30x30 initiative is already underway.  Only by taking an active part in this process can we ensure that recreational anglers’ interests are accurately represented.  For more information about 30x30, visit the Hunt Fish 30x30 website, which represents the thoughts of leading hunting and fishing organizations, including the IGFA.