Vampires on the Fly 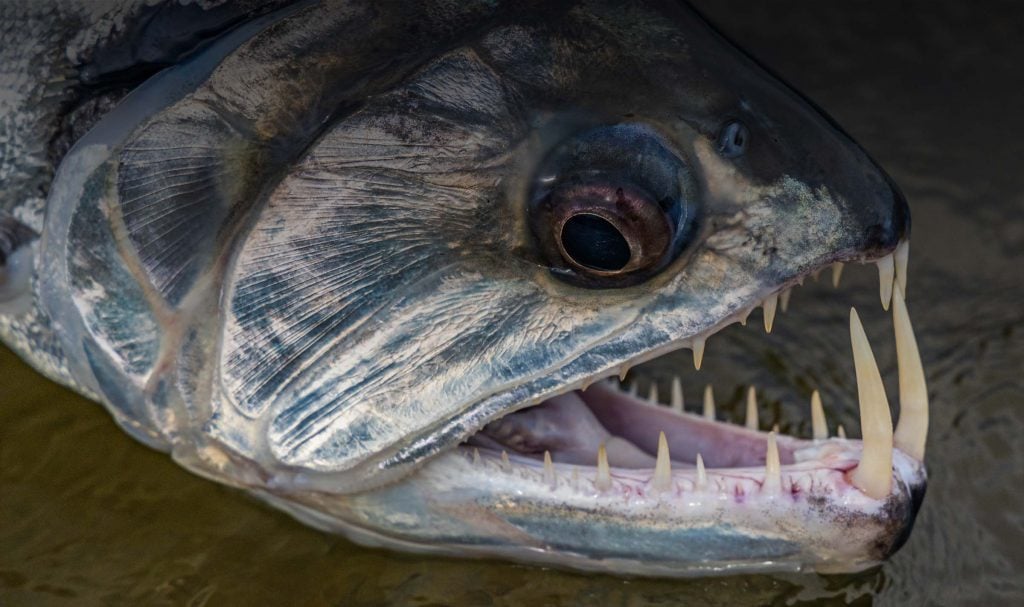 If there’s a fly fishing bucket list, payara have to be one of the game fish on it. Payara are a fascinating species and are also known as vampire fish due to their intimidating dental display and nasty disposition. They grow up to three feet in length and can weigh over 30 pounds.

They feed exclusively on other fish with piranhas being one of their favorite prey. Their long, curved fangs, which can grow up to six inches in length, jut up from the lower jaw and fit into holes in the top jaw when their mouth is closed. They range throughout the Amazon basin and thrive in fast-moving, clear rivers and especially in the churning waters below rapids. However, from an angler’s point of view, the problem is where to find them.

Years ago, the best spot to catch a payara was at the base of Uraima Falls in Venezuela, but that country has been pretty much off-limits due to political turmoil, even before the COVID-19 pandemic. I never made it to the Falls, and it was only recently that an alternative destination became available. Fishing travel agency Untamed Angling has pioneered destination fishing in the previously inaccessible areas of the Amazon Basin and, due to their agreements with the native Kayapo tribe, they have opened fishing lodges that have suddenly made several exotic species available to anglers, including payara.

Their latest project is the Xingu Lodge on the Xingu River in central Brazil. I had the opportunity to spend time at this lodge even before it was opened to the public. It was rustic, to say the least, when friend Chris Lalli and I were there. However, they have since added all the comforts of home… including electricity for one! But we were not there for luxurious amenities and day spas – we were there to fish. And if you want to catch a big payara on a fly rod, this is definitely the place to go.

The Xingu River is big and deep. Some of the pools are over 60-feet deep and we did most of our fishing in deep water. Payara are vicious feeders, and their fearsome dental array allows them to catch and kill almost anything that swims. We were told to bring big, tandem-hooked baitfish patterns and heavy sinking lines. Since most of our flies were 10-inches long, and we were throwing 500-600 grain sinking lines, we used 10-weight rods almost exclusively.

These giant flies were tied using synthetic fish hair material and our first problem was that the payara’s teeth would tangle in the fibers and prevent a solid hook set. In addition, if the hook looped around one of the fangs, you could strip-set all you liked and the payara would still throw the hook on the first jump. They are notoriously hard to hook and catch.

The payara were most active in the mornings and then again in the afternoon until dark. We fished for them during those hours and chased the other local critters such as trahira, matrincha, peacock bass, pacu, piranha, and even the several different species of catfish that lived in the river, but our main quarry were the payara.

A typical day would start with our guides taking us out to a deep pool where we could see payara rolling like small tarpon. We’d cast as far as we could up current and let the line take the fly as deep as possible. When the line straightened out, we’d put the rod under our arm and begin a two-handed strip. The faster, the better.

The hits were savage and if you gave the line slack at any time, the payara would get off. I fought a lot of the fish without switching over to the reel because most of the time when I tried to get the line back on the reel there would be a gap where the line would slack and that was all that was needed for the payara to get off. During our stay, we landed a lot of amazing payara but probably lost three times as many. We used a variety of color patterns but black 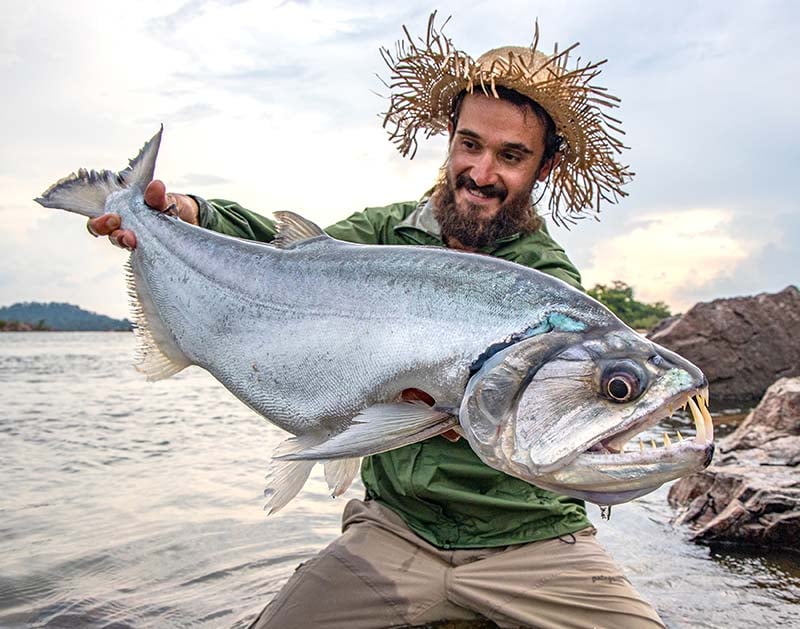 and red or black and purple seemed to be the most effective. Unfortunately, the flies didn’t last very long once the payara decided they liked them. Those teeth really made a mess of even the strongest fish hair.

I’ve been told that they have found spots to catch payara at Untamed Angling’s Kendjam Lodge which is not far from Xingu as the crow flies. Kendjam provides a much larger variety of crazy-looking critters to target, which is what makes it so special.  But, if you really are dialed in on catching a giant payara on a fly, Xingu is the place to go!

There are four species of payara in the genus Hydrolycus.  However, the two largest species are Hydrolycus scomberoides and Hydrolycus armatus, with the former attaining roughly twice the size of the latter.  Because distinguishing between species can be difficult from photos, the IGFA allows any species of Hydrolycus to be entered as a Line Class, Fly Rod or Junior Angler record.

Synthetic flies that imitate juvenile peacock bass, piranha and several other fish species are good choices for payara. A fly that has lots of flash, a tall profile and water-pushing features generally work best. We used 8-weight to 10-weight fly rods with 500 grain sinking lines.

Although many store bought flies are beautiful, they are often too big, tied onto very thick hooks, or made of materials that absorb and retain water.  We used baitfish patterns with big eyes that reached 8 to 10 inches in length with long dual/tandem 4/0 and 5/0 octopus hooks. The flies are tied with synthetic material composed of primarily 70 denier Fish Hair that is easy to work with, very durable, and sinks quickly. We also tied a few strands of flashabou in there for that flashy decorative effect. Regular unweighted eyes are fine on these flies but you can use lead eyes which is not really necessary when fishing 500 grain sinking fly lines. For us, bigger flies worked better than smaller flies and the most productive colors were black, black purple and black and red.