“The 2022 Annual Award winners have all excelled in their respective fields and are more than deserving for these prestigious awards,” said IGFA President Jason Schratwieser. “Whether it’s incredible angling achievements, unwavering commitment to conserving game fish and their habitats, or promoting ethical angling practices through educating and guiding, each of these award winners embody the ideals of the IGFA and their respective awards.”

The 2022 annual award recipients were selected by the IGFA’s Recognition Committee. Additional information on this year’s award winners and the awards themselves are provided below. 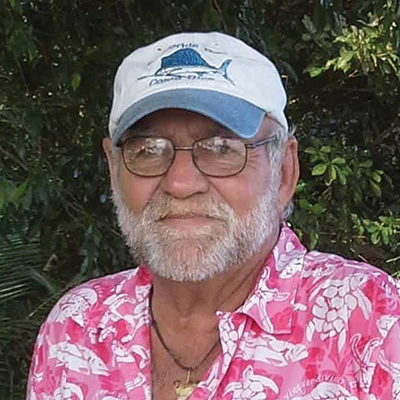 Todd Staley has been working with Costa Rican fishermen for 30 years and employed over 1,000 in the charter fishing business, often turning commercial fishermen into successful sport fishing captains. Todd has written many editorials informing the public in Costa Rica of the capture of dolphins in the tuna industry and other bycatch as well as illegal fishing practices of longline fishermen. Todd has also published editorials in Sport Fishing and Marlin magazine about issues in Costa Rica and donated the proceeds to the IGFA youth education programs.

Todd also has a knack of bringing people together in a world that often competes for funding and does not share information. Todd brought together MarViva, the Latin America Sea Turtle Foundation and Federacion Costarricense De Pesca (FECOP), and co-authored a 51-page report about the long line industry in Costa Rica believing more success will be achieved with conserving our natural resources if we work together. 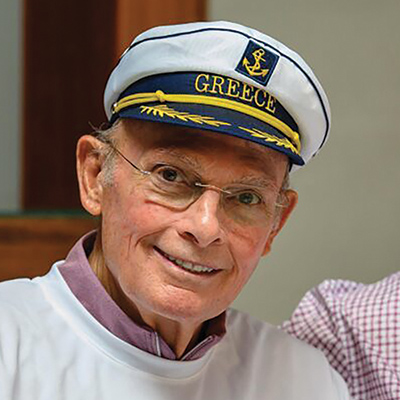 The Bob Herder Award was established by the Ocean City Light Tackle Club and acknowledges outstanding achievements of anglers in the field of light-tackle angling.

Boinis is also an avid light tackle angler and even at age 88, he still competes in angling tournaments around the world. In fact, during his lifetime Boinis has placed in over 100 fishing  tournaments. Perhaps his greatest light tackle angling feats have occurred through his long-term participation in the prestigious Masters Angling Tournament – one of the premier light tackle tournaments in the world – where he has logged over 250 billfish releases, with nearly 100 fish more than any other participant in the tournament.

Boinis has fished top big game destinations in the world during his angling career, traveling from Central America, throughout the Caribbean, and all the way to Australia. He has also fished alongside notable light tackle greats such as IGFA Fishing Hall of Famer Stewart Campbell. In addition to his tournament victories, Boinis is credited for catching 59 white marlin off Venezuela in 1983, and for releasing seven blue marlin in one day off Puerto Rico. 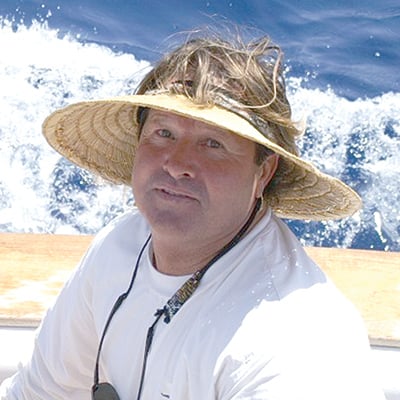 The Gil Keech Award was established by the Ocean City Light Tackle Club and acknowledges outstanding achievements of anglers in the field of heavy-tackle angling.

Captain James Roberts is a well-known and well-respected captain and guide with decades of big-game and heavy tackle experience and accolades. Roberts has fished the top big-game destinations in the world including Madeira, the Great Barrier Reef, Nova Scotia, Canary Islands, Ivory Coast, Brazil, and more. Most notably, he was the captain for the French Look mothership operation that was operated around the world by Jean Paul Richard.

Roberts is also credited with catching five “grander” blue marlin during 43 days of fishing Madeira, something that has never been replicated. Roberts also fished competitively for many years aboard the Renegade which fished and competed at the highest level in tournaments throughout the Gulf of Mexico all the way to the Bahamas and South Florida.

In addition to his extremely impressive resume as a captain, Roberts is also credited with helping to put the catch-and-release fishery for giant bluefin tuna back on the map in Nova Scotia. After years of working with the Canadian government, Roberts was influential in re-establishing this premier heavy tackle fishery there. 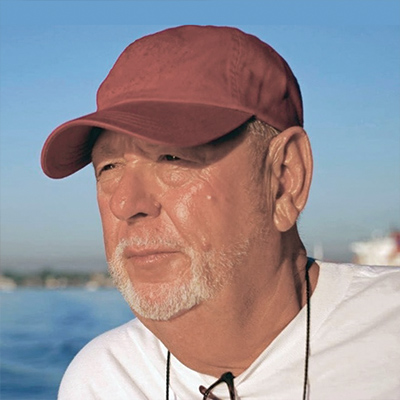 The Chester H. Wolfe Outstanding Sportsmanship Award was established by Mrs. Barbara Wolfe in memory of her late husband to honor both his love of sport fishing and passion for ethical behavior on the water.

A renowned fly-fishing guide and instructor, Jake Jordan has been in the business for over half a century. In addition to his numerous accolades listed below, Jake is a tireless promotor of fly fishing by IGFA rules and teaches his students to do so.

The retired CEO of STH Reels USA, and the founder of the "World Class Angler" (an early Florida Keys fly shop), located in Marathon, Florida, Jordan is a well-known speaker, author, and consultant to the boating, fishing, and fly-fishing industries. Jake has authored and/or been featured in dozens of articles in most major sport fishing magazines. He is considered an expert in all areas of big game sport fishing and fly fishing. He is a Fly Fishing Federation (FFF) certified fly-casting instructor, an original member of the FFF advisory committee, a lifetime member of IGFA, and a charter member of the IGFA Captains Program.

Jake Jordan's Fishing Adventures has operated for more than five decades out of Marathon in the Florida Keys and other locations. At 79 years of age, Jordan continues actively guiding fly anglers in search of tarpon during April and May, in the Florida Keys. Jake currently operates fly fishing charters during October and November near his home in coastal North Carolina. Jake also owns and operates "The Sailfish School" and “Marlin School,” fly fishing schools designed to teach anglers how to catch billfish on a fly rod by IGFA Angling Rules.