With a track record of successfully working together on billfish conservation going back decades with efforts such the Take Marlin Off the Menu campaign and the passage of the Billfish Conservation Act,  Wild Oceans is excited to announce that the International Game Fish Association (IGFA) will lend its expertise to Wild Oceans newly launched Kona Project. 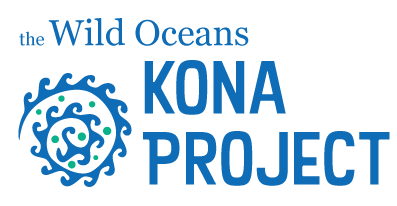 Wild Oceans Kona Project is a multi-year, comprehensive effort to develop a better understanding of billfish reproductivity, spawning grounds and nursery habitat off the coast of Hawaii in an effort to improve management and conservation measures.   This effort has three distinct components: a research component, a management component, and an outreach component.  The research component is being led by Oahu-based scientist Dr. Mike Musyl and his team.  Dr. Musyl is the owner of Pelagic Research Group LLC.  He is a recognized expert in pop-up satellite archival tagging (PSAT) studies and methods to quantify post-release mortality in billfishes, sharks and turtles.  The management component is being led by Wild Oceans Pacific Program Director Theresa Labriola, who will be expanding on the work that Wild Oceans has been engaged in for years to push for more effective management of billfish stocks in the Pacific.  The third and final component of the Kona Project is an outreach and education effort and will be conducted by the rest of the Wild Oceans team.

While Wild Oceans President Rob Kramer and Theresa Labriola have over 20 years’ experience working in the field of billfish conservation, IGFA President Jason Schratwieser and IGFA’s Conservation Director Dr. Bruce Pohlot bring decades of combined billfish scientific expertise to the Kona Project.  Schratwieser served as the IGFA’s Conservation Director and lead scientist during Kramer’s tenure as President of IGFA from 2002-2017 and was IGFA’s lead on the Take Marlin Off the Menu campaign, the Billfish Conservation Act, the FAO Caribbean Billfish Project, and co-chair of the 2016 International Billfish Symposium.  Additionally, during that same time, the organization launched the IGFA Great Marlin Race, which is now the largest citizen science billfish satellite tagging project in the world.  Pohlot’s Ph.D. research work involved the study of the behavioral dynamics of sailfish and blue marlin in the tropical Eastern Pacific off the coast of Central America. He has completed multiple other projects related to research, consulting and lecturing on the biodiversity and abundance of marine species, new marine technology for abundance studies and satellite tagging.

“The IGFA and Wild Oceans have a strong track record of working together to achieve positive conservation outcomes for billfish and other species”, said IGFA President Jason Schratwieser. “The north Pacific striped marlin stock is in a depleted state.  Understanding more about where and when these fish spawn as well as other billfish species will provide critical information necessary to better manage them.”

“In addition to having the greatest respect for Jason and Bruce as scientists, they are good friends and keen anglers," said Wild Oceans President Rob Kramer.  “Working together on past endeavors, our organizations have truly made a difference in billfish conservation.  I am very excited to once again be partnering on this new and much needed work."

To learn more about the Kona Project visit: https://wildoceans.org/kona_project