Over the past month, the sport fishing community lost two incredible advocates and influencers with the passing of angling legend and IGFA Fishing Hall of Fame inductee Mark Sosin, and long-time IGFA Representative Dr. Iain Nicolson. The IGFA family is deeply saddened by the loss of these two industry giants and expresses our deepest condolences to their families during this difficult time. To honor these individuals who dedicated themselves to the advancement of our sport, please take a moment to learn more about them, and their contributions, below. 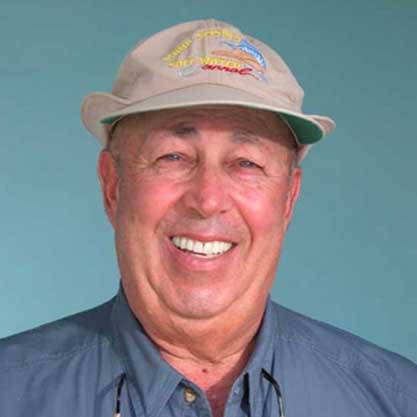 Born on July 7, 1933, in New Jersey, USA, Mark Sosin grew to become one of the most recognizable, influential, and respected figures in the sport fishing industry. Sosin launched his famous television series “Mark Sosin’s Saltwater Journal” in the early 1980s after serving in the US Navy and working for a radio station in New York, USA, where he provided outdoor content. Prior to the launch of this successful television series, Sosin worked for the Salt Water Fly Rodders of America, which at the time was the authority of rules and record keeping for saltwater fish caught on fly tackle. Sosin handed this responsibility to the IGFA in the late 1970s under the leadership of past IGFA President Elwood K. Harry. For decades, Sosin served as the consummate “angling educator,” publishing several books, hundreds of articles, and nearly 30 years of his television series. Sosin was inducted into the IGFA Fishing Hall of Fame in 2004 and served as the emcee of the prestigious event for several years. Sosin passed away on June 30, 2022, at the age of 88. The IGFA extends our condolences to the Sosin family during this difficult time. Learn more about Sosin’s achievements in his IGFA Fishing Hall of Fame induction video. 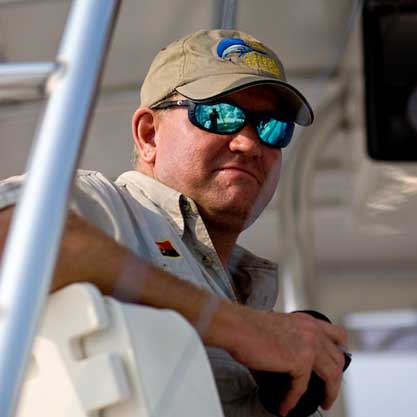 The world fishing community tragically lost a very special man recently, IGFA Representative Dr. Iain Nicolson. Nicolson moved to Angola at the age of six where he became a giant in the Angolan fishing community serving as a representative for the IGFA. Iain was appointed to the IGFA’s International Committee of Representatives in October of 1992.  This year would have marked his 30th year as an IGFA Representative and, until his tragic passing, was the organization’s 5th longest active representative.  Nicolson fought ardently for the conservation and proper management of Angola’s fisheries and was an invaluable resource to traveling anglers looking to explore the rich Angola waters. In addition to his advocacy and conservation efforts, Iain also developed an impressive resume of IGFA World Record catches that also helped to put Angola “on the map” for anglers around the world. In total, Nicolson guided anglers to 29 IGFA World Records and accrued 15 IGFA World Records for himself. Iain and his brother Cam were said to be the first people to catch and release marlin off Angola, which helped to pioneer the now renowned Lobito fishery. He and his brother Cam were inseparable in all they did and achieved. The IGFA extends our deepest condolences to the Nicolson family during this tragic time.

The IGFA extends our condolences to both families of these incredible anglers and influencers of our sport.