It all began with a hungry Finnish fisherman and a carving knife. Born into poverty on the island of Sysma, in the village of Rapala, Finland, Lauri Saarinen grew up fishing the many lakes and streams for pike, perch, trout, and whitefish. When his family moved to the parish of Asikkala, the clergyman writing in the parish register forgot Lauri's surname and substituted the name of the village, Rapala, from where he was born. Thus, the name Lauri Rapala.

It was the 1930s when Lauri Rapala made an observation of simple genius: big fish eat little fish, especially ones that are wounded. So began one of the greatest fishing stories ever told. As he fished the waters of Finland’s Lake Paijanne, he quietly rowed and watched. And what he saw was how hungry predatory fish would dart into a school of minnows and attack the one that swam with a slightly off-center wobble, over and over again. 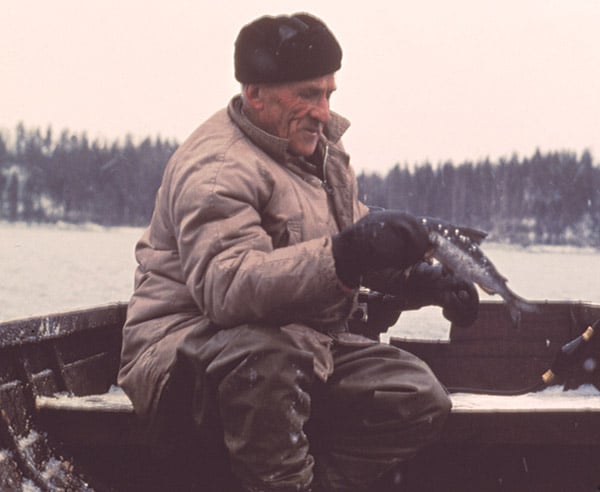 As Lauri Rapala fished the waters of Finland’s Lake Paijanne, he saw  how hungry predatory fish would dart into a school of minnows and attack the one that swam with a slightly off-center wobble.

Rapala realized that if he could craft a lure that mimicked the movements of a wounded minnow, he could catch more fish, earn more money, and not spend time constantly baiting lines. So he set to work. He whittled, carved and shaved. Eventually a lure began to take shape. Using a shoemaker’s knife and some sandpaper, he created his first successful lure from cork in 1936. Tinfoil from chocolate bars formed the lures’ outer surface. Melted photographic negatives the protective coating. But most importantly, it perfectly imitated the action of a wounded minnow. Legend has it that Rapala sometimes caught 600 pounds of fish a day with that new lure. As word of his abundant catches spread, the reputation of his lures grew. The rest, as they say, is history. That first lure was the forefather to the lure that has helped more fishermen experience the thrill of more big fish than any other: the legendary Original Floating™ Rapala.

Rapala whittled his first successful lure from cork in 1936 and used tinfoil from chocolate bars to create the lure's outer surface. He melted photographic negatives onto the lure to create the protective coating.

As fishermen around the world began to catch more and bigger fish with Rapala’s lure, it became clear that what triggered them was the lure’s tantalizing wiggle and wobble. Even though fish throughout the world were different, predators and baitfish always acted true to form. Big fish hammer wounded little fish. That’s why he tested each lure to make sure it swam true to the unique "wounded-minnow action." It wasn’t the fastest way to make a fishing lure, but it was the only way to make a Rapala. To this day, Rapala lures are hand-tuned and tank-tested to swim perfectly right out of the box. It’s an action as distinct to a Rapala as a fingerprint is to a person.

So with every unforgettable trip of a lifetime, every successful Saturday afternoon with a kid at the local fishing hole, the Rapala legend started to grow into what became a deep-seated trust between anglers and Rapala. Weekenders became hardcore, dads became heroes and more and more anglers began reaching for Rapala lures. 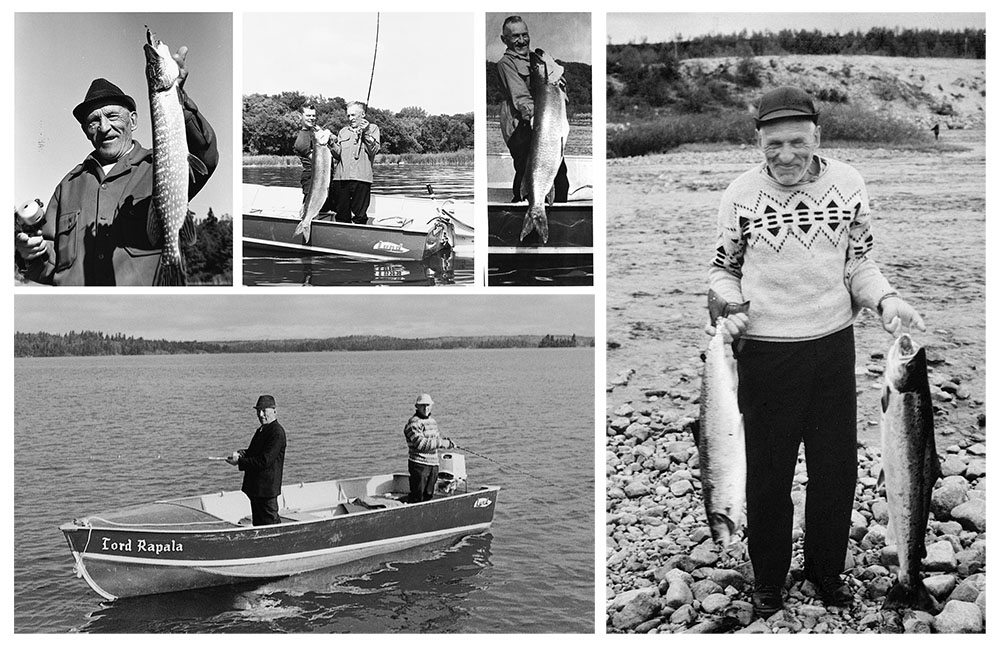 Rapala tested each lure to make sure it swam true to the unique wounded-minnow action.

With Rapala lures being exported to the United States in 1961 and a Life magazine article in 1962 featuring Lauri Rapala and his lures, demand shot through the roof.

The large-scale export of the Rapala lures to the United States began in the early 1960s and quickly created a sensation. Rapala lures attracted bass, stripers, salmon, muskie and trout. A Life magazine article in 1962 featured Lauri Rapala and his lures, and demand shot through the roof. (The issue of Life happened to be the same one that covered the death of Marilyn Monroe, the all-time best-selling issue of the magazine.) The original Rapala lure, its many variations and dozens of other products bearing the Rapala name, are now in use worldwide.