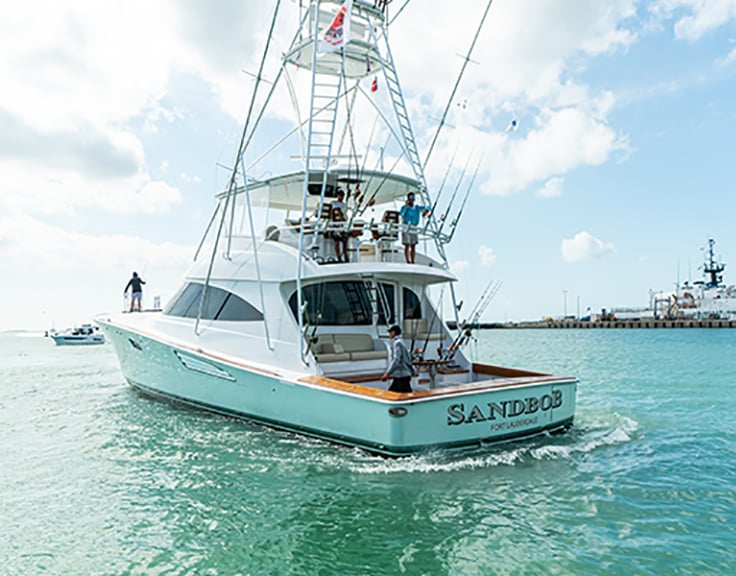 Chad Moss has been an IGFA Lifetime Member since 2003, and fishes competitively abord his 72 Viking Sandbob. Chad works for his family’s business, Moss Construction, as Executive Vice President where he manages multiple accounts, business development, client strategy, new project pursuits, public relations, and community initiatives. He is a prominent ambassador for Moss & Associates and is known for building strong relationships throughout the South Florida construction field and in the community. He is an effective and passionate advocate for building sustainability, new technology, and mentoring in the industry.

Chad serves as President of the Moss Foundation, a non‐profit organization established to provide a platform for the community initiatives and partnerships Moss is involved with. The Foundation supports and aids other non‐profit organizations and community partners, promoting the premise that Moss isn’t just about building structures, they are helping to build communities.

A self‐described “people person,” Chad enjoys bringing people together to create significant projects. More broadly, he enjoys mentoring others, advancing education, and giving back to the community. He follows and embraces changing technologies to promote greater efficiency, better building, and sustainability. Chad is prominent in the community at many levels. A longtime champion of Florida International University (FIU), he is a member of the FIU Foundation board of directors and of the university’s Moss School of Construction, Infrastructure, and Sustainability Industry Advisory Council. He served on the board of directors of HANDY, a Broward County nonprofit that provides more than 1,300 at‐risk children with comprehensive programs focusing on education, youth development, and economic self‐sufficiency, and has been named a “HANDY Hero.”