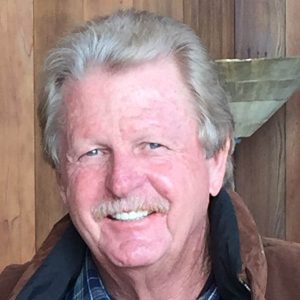 Roy Cronacher caught his first fish-- a blue runner-- at age three, graduated to snook and jacks from neighborhood sea walls as a teen, and went on to pursue sailfish, marlin and tuna in Latin America in his late 20s. He fit in his fishing trips amid a successful career as a general contractor and builder of high-end residences.

By 1990, he was catching numerous Atlantic and Pacific sailfish and white marlin on fly.  In 2018, Cronacher accomplished the rare feat of catching two swordfish on fly, and went on to complete two back-to-back Royal Billfish Grand Slams on fly.

His work with IGFA began as a regular member; later he became an International Representative, then a Trustee, and a member of the Executive Committee.

Now operating a real estate investment company with buildings stretching from the eastern seaboard to Texas and Nebraska, Cronacher continues to use his talents to support the mission of the IGFA.

His vision for the focus and goal of the organization is "to restructure the IGFA to become a self-sustaining, well-funded organization by repositioning our assets into a perpetual endowment fund, and by growing our membership so that we can support our important work.

"I have always thought of the IGFA as two rivers that join together.  One river is our business model, endowment, membership, and funding-- all of which support the second river:  our efforts in education, conservation and scientific research to work with our international partners in preserving the health of our fisheries the world over."