Bass angler-extraordinaire, Chadwick Summers completed not one, but two IGFA Bass Royal Slams consisting of largemouth, smallmouth, spotted, rock, striped, white, whiterock and shoal bass.  His double slam started with a spotted and a whiterock bass caught in Missouri in July 2015.  Summers completed his Royal Slams with his second shoal bass, which was caught in Alabama on May 14, 2019.  To date, Chadwick has accomplished a total of six Bass Royal Slams, two Bass Super Grand Slams and 12 Bass Grand Slams! 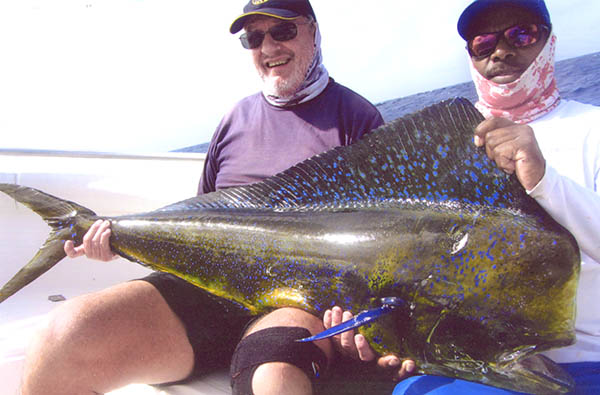 Kevin Behrens is the newest member of the IGFA’s Trophy Dolphinfish club with a 137-centimeter dolphin that he caught while fishing in Vanuatu on May 8, 2019.  Behrens’ captain spotted a school of dolphinfish and lured them close to the boat using a hookless small live tuna as a teaser.  Kevin then pitched a hooked tuna strip to catch his trophy fish.