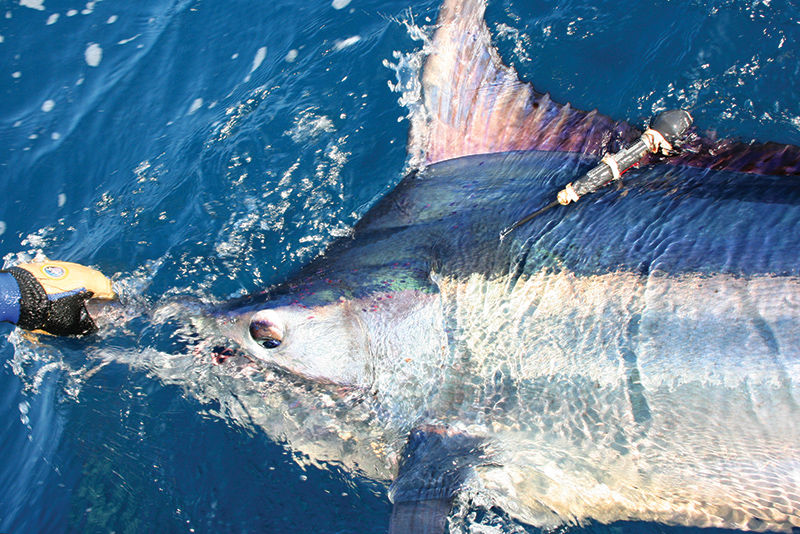 Under the leadership of IGFA Chairman at the time Packy Offield and IGFA President Rob Kramer, the IGFA partnered with Stanford University to establish the IGFA Great Marlin Race. Barbara Block’s team at Stanford University had been a world leader in biologging science for over two decades. The Block Lab was instrumental in developing the original Great Marlin Race that was initiated in 2009 by Dr. Block and IGFA representative, Robert Kurz with the guidance of Peter Fithian, IGFA Trustee and Chairman of the Hawaiian International Billfish Tournament (HIBT), to commemorate the 50th year of the HIBT.  This new partnership expanded the Great Marlin Race concept into a global marlin tagging campaign with the objectives of:

2) Generating  scientific information on global billfish, including the development of an open-access database of tag data

3) Facilitating public and educational outreach through electronic and traditional media.