The Austrian Trophy Club Gargantini is located at the Aktiv Hotel Gangantini in the Carinthia region of Austria. We hold two competitions in the winter; the Grayling Competition - minimum 50 cm and the Huco Huco Competition minimum 85 cm. In the summer we have a Withe Fisch Competition. All competitions are Catch and Release!

Our club was established as "World Wide Fishing Club" in 2002 and changed the name to "Belgian Big Game Federation" in 2005. Every two years we orgnanize the Belgian Big Game Championship. Our members exchange information and tips about the best boats, crew and prices and best fishing locations that they visited.

Club was established in 2010. The club is organizing two tournaments, international in July and national in October. We closely work with the bio national society for protection of sea and fish populations in order to achieve common goals. We also educate the public by organizing (once a year) a seminar where scientists and doctors have discussions about protection, preservation and various fishery issues.

The Sport Fishing Club Big Game 4 TUNA was founded in 2004 by Franco Cerin, a lawyer by profession and a big fan of fishing. He founded the first fishing club specialized in Big Game in Istria. It already has reached notable results in national and regional big game championships.

Big Game Fishing Club Deutschland e. V. Hermann Fehringer, Prasident Tratenbachweg 1 A. D-83661 Lenggries GERMANY Telephone: 49-8042-4057 Email: bgfcd@gmx.de. Website: www.bgfc.de The Big Game Fishing Club of Germany (BGFCD) exists since 1999. Its headquarter is close to the Alpes near Munich. But that is not a problem, because the sea off our coasts do not hold game fishes anyway. The Club has been founded to build a network of like-minded people and to offer for them a platform to communicate information about how, where and when to fish. Our board member Jürgen Oeder has put all this infomation into a book of 480 pages (Das grosse Buch vom Biggame Angeln).

The "BIG GAME ITALY" is an association founded in 1988, non-profit organization that brings together fans of the SPORT FISHING AT SEA, with particular attention to the deep sea fishing. Members of the BGI fishing practice a responsible, a fundamental principle of the Association, participate in competitions with equipment compatible with the "release" of capture and through collaboration with national and international scientific institutes are being taken up through study the technique of "tag and release". Over the years, thanks to the cooperation of the BGI with Italy marine biologists, study projects were carried out of the stock of blue shark and bluefin tuna in the Mediterranean to the Adriatic Sea with special reference of the best known are the research project MED- TAG (marking of sharks in the Mediterranean) and BABY SHARK-(marking of newborn sharks). The BGI is a member of Mediterranean Rac at the CE, through its President Gianfranco Santolini holds the office of member of the CCR-MED (Council MEDITERRANEAN RAC) and collaborates with other European States in the implementation of the reform project of sea fishing European Policy (PCP). Finally, the BGI is a member of the working group at the Ministry of Agriculture, Food and Forestry (D.G. FISH) with a mandate to reform the regulatory framework and the Italian legislation on recreational fishing in the sea

For over 85 years Nautical Club of Rimini has been a reference point for sailing and sea lovers boasting years of activities and successes, starting back in 1933. The activity of the Club, which has always been conditioned by shallow waters, essentially used to be based on regattas for drift boats and was a real center of attraction in the Adriatic Sea. Shortly thereafter, Rimini's athletes became more prominent in national activity and the Club became the seat of key events including the European Championships and, subsequently, of the World Sailing Championships in the Olympic classes. The sixties marked the birth of the first Olimpia sailing courses and the Sailing School. In the eighties, interest also extended to motor boating with the organization of local, national and international events At the same time, the passion for sport fishing increased thanks to the close collaboration with the Big Game Italia, a national an association that brings together deep-sea fishing enthusiasts, deep-sea fishing events are organized with high crew participation from the main Italian clubs. Today, the Club's holds a deep commitment to social education process for young people. Tangible proof of this commitment can be seen through the "multidisciplinary didactic project" that the Rimini Nautical Club has run for the last ten years in collaboration with the Municipality of Rimini. CNR is a member of the following federations: FIV, FIM, FIPSAS and CONI and is twinned with the following clubs: Italian Yacht Club, Adriaco Yacht Club, Porto Rotondo Yacht Club, Punta Ala Yacht Club, Royal Rowing Club Tevere Remo Rome, Venice Sailing Company, Roggero di Lauria Rowing Club, Bari Sailing Club, Nautical Club Riccione, Real Liga Naval Espagnola and Republic of Singapore Yacht Club. The current headquarters of the Rimini Nautical Club is located on the Canal Harbor. The club currently has 517 members, including over 170 cadets. Social life develops around the passion of the members for the sea, the countless sports and cultural initiatives, the sharing of values and the building of relationships, in a venue completely renovated in 2008 and set up so as to encourage and stimulate aggregation, leisure and socialization. In 2016, the F. Sammarini Athletic Training Center was opened, reserved exclusively for members for the maintenance of their physical fitness and for the sports preparation of the athletes of our competitive teams.

The "Latvian Anglers Association" (LAA) is an environmental protection and angling nongovernmental organization established May 29, 2001 by 17 organizations. At the moment in the LAA are 15 organizations and 47 individuals. LAA has its Statutes and Code of Ethics. The LAA is establishing regional divisions. The following are the primary aims and directions of the LAA: Protecting the environment - especially to assure sustainable biodiversity of water and biological water resources, their protection, monitoring and promotion. The practical activities of the realizatoin of that aim LAA established in 2005 its Mobile Unit where there are members of the LAA in the status of the authorized person (inspector) of the Marine and Inland Waters Administration of the State Environmental Service for water and fish resuorces practical protection. The Mobile Unit is working in the frame of the long term promotions of the LAA called "Let There Be Salmon!" and "Living Water". Educating and training the public, especially children and youth, in Environmental topics. Improving laws and regulations of environmental protection, commercial fishing and angling. Developing and promoting angling by handicapped persons. Developing environmentally friendly and highly ethical angling and angling tourism. Organizing Latvia wide and international angling competitions. The LAA's contribution and achievements have been recognized in writing by the President of Latvia, the Parliament of Latvia, two Latvian Governments and the Environmental Ministry,. The LAA is open to all who recognize and support the LAA's aims, Statutes and its Code of Ethics. 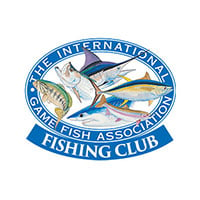 Since its establishment in 1999, Fujairah International Marine Club has become an internationally recognized watersports destination. Being the only club on the East Coast of United Arab Emirates, and facing the Indian Ocean, Fujairah International Marine Club hosts and organizes several international regional, and nationwide watersports tournaments such as fishing, rowing, jet skis, and various international powerboat categories. And because it is about an hour drive from Dubai, it attracts fishing enthusiasts nationwide. It also is a hotspot from expats since it has different bars, cafes, and restaurants. The FIMC is also a pride member of the RYA (Royal Yachts Association), as well as the UAE Marine Sports Federation. Fish targeted: Marlin, Swordfish, Sailfish, Tuna (8KG+), Kingfish (10kg+), Dorado (5kg+), Trevally (10kg+), Queen Fish (7kg+), Barracuda (5kg+).

Sportfishing Club of the British Isles

The Sportfishing Club of the British Isles was formed in 1979 and has just under 100 members. In spite of its name it is not limited to UK residents. We aim to provide unbiased information on destinations, tackle, and tactics for, and from ,our members and provide a web meeting site for like minded individuals.