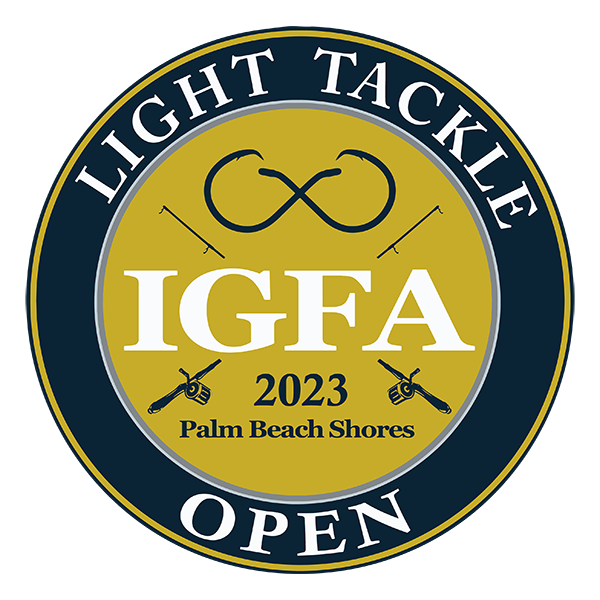 The International Game Fish Association invites you to the 2023 IGFA Light Tackle Open!

This exclusive two-day tournament will take place during peak sailfish season in South Florida. With a maximum line class of 12-pound and strict adherence to IGFA Angling Rules, the IGFA Light Tackle Open is a great platform for light tackle anglers from around the world to showcase their skills and sportsmanship.

We are excited to once again host this premier event out of the celebrated Sailfish Marina Resort, located in beautiful Palm Beach Shores, Florida. All proceeds from the IGFA Light Tackle Open will benefit the IGFA Great Marlin Race, the world’s most extensive billfish satellite tagging program, securing the future of billfish stocks across the globe through productive science.

The entry fee for the IGFA Light Tackle Open is $3,000 per boat. Your boat’s registration fee covers all food and beverages at the three events taking place during the tournament, in addition to the tournament bags.
Teams are responsible for chartering or providing their own boats for the tournament.

The IGFA Light Tackle Open has partnered with CatchStat to ensure a smooth and seamless registration and accurate, live scoring during the event. To receive more information about this event, please contact the IGFA at 954-927-2628 or [email protected].

All events listed below will take place at Sailfish Marina Resort. We encourage all anglers, their guests, and crew members to attend the social events during the tournament. Schedules are subject to change depending on the COVID-19 pandemic. 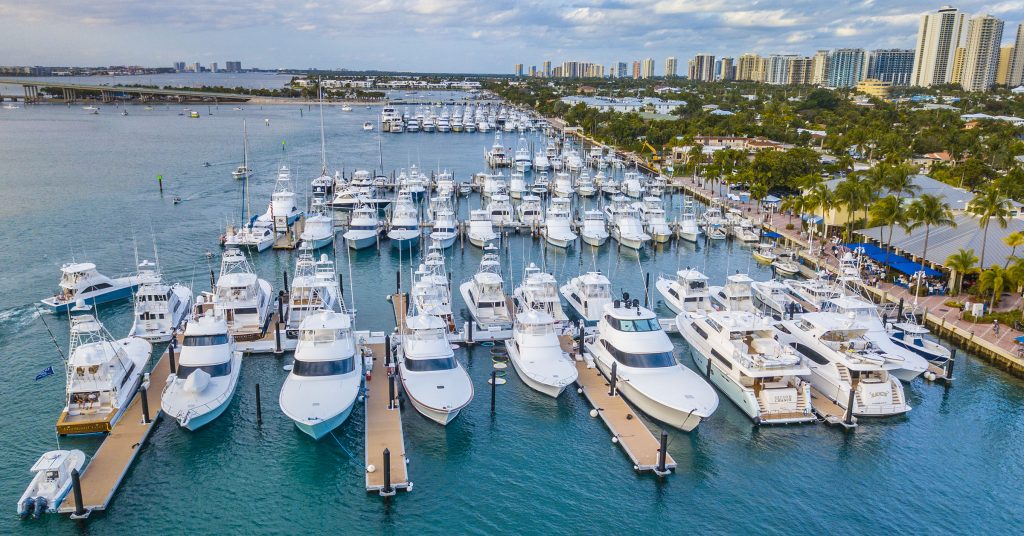 Listed below is the contact information for charter boats, docking, and lodging options. 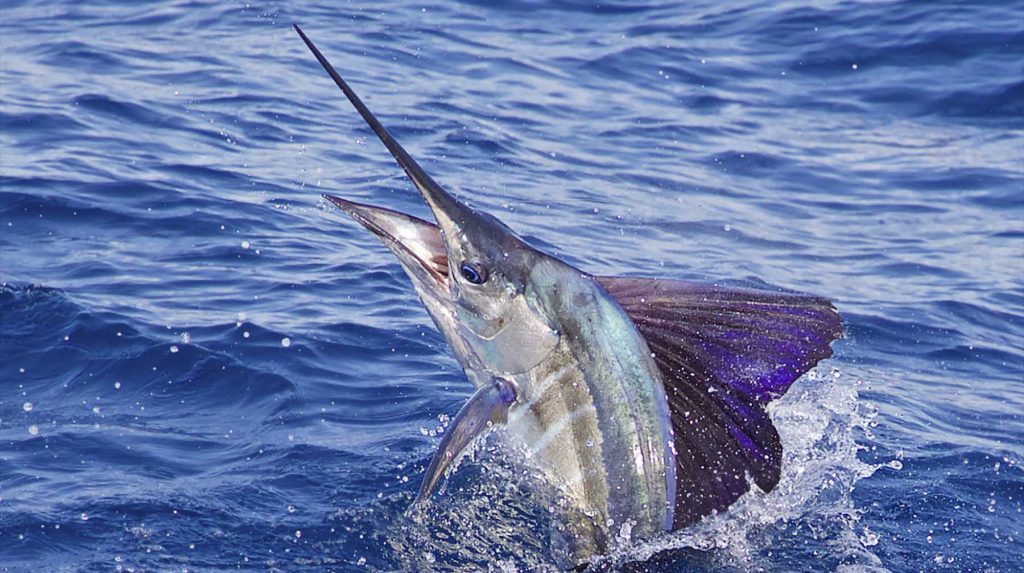 The Captain’s Meeting will be held on Wednesday, March 29, 2023, at Sailfish Resort & Marina. A team representative must be in attendance, as rules are subject to change.

The tournament will begin with the call of “lines in” at 8:30 a.m. and continue until 3:30 p.m. for all fishing days of the tournament.

Any game fish requiring a weigh-in must arrive at the scales prior to 5:30 p.m. There are no lay days or weather days unless determined by the tournament officials. Fish at your own risk.

6. TOURNAMENT SPECIES
Blue marlin, white marlin, sailfish, and spearfish are eligible for catch and release only. Dolphinfish, king mackerel (kingfish), tuna, and wahoo are eligible for weight categories. Little tunny, commonly known as bonito, are not eligible for the tuna category.

7. REPORTING OF BILLFISH RELEASE
A billfish release must be called into the tournament scorekeeper on Channel 79 with the following information:

The tournament scorekeeper will then verify your information by announcement and give you a release time, which must be recorded on your daily catch report and turned in at the end of the fishing day, with your video evidence. If you lose your fish prior to release (i.e. jump-off, pulled hook, etc.) please inform the tournament scorekeeper as soon as possible.

8. CATCH & RELEASE RULES
All billfish must be released to qualify. A billfish is considered released when: a) the swivel between the mainline or double line and leader hits the rod tip, b) the mate grabs the leader or, c) the wind-on leader comes through the rod tip.

Please release the fish in good condition by either removing the hook-set or cutting the leader as close to the hook-set as possible. “Popping” the leader is not a good method of healthy release, and we ask that you refrain from doing so.

Awards will be given to the angler that catches the heaviest of the eligible weight species, which includes dolphinfish, king mackerel, tuna, and wahoo. Release points will not be awarded for weight species.

Ties on weight fish will be broken by the length of the fish.

Scoring for the 2022 IGFA Light Tackle Open is provided by CatchStat.  Started in 2005 CatchStat has provided live scoring to over 200 tournaments around the world. The CatchStat team is a group of talented software programmers that are also experienced anglers. The team is constantly upgrading and updating the CatchStat scoring engine to ensure that customers always utilize the latest technology and mobile-ready platforms. 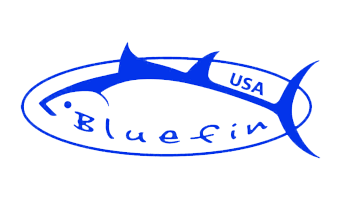 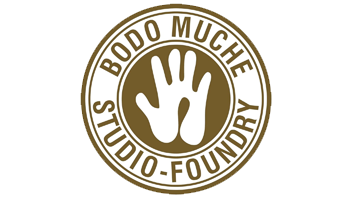 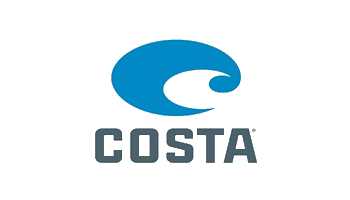 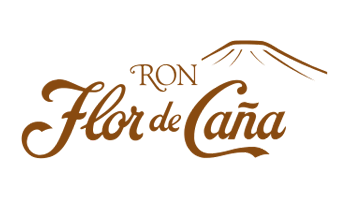 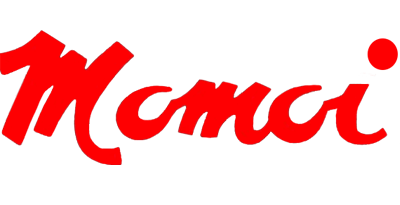 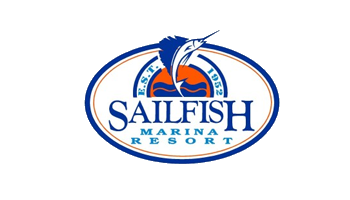 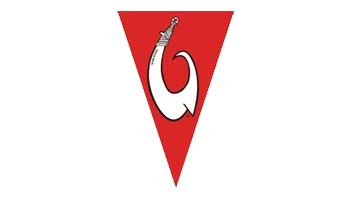 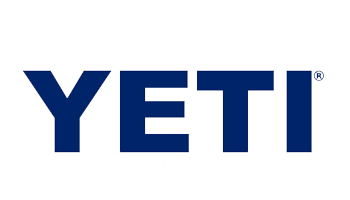