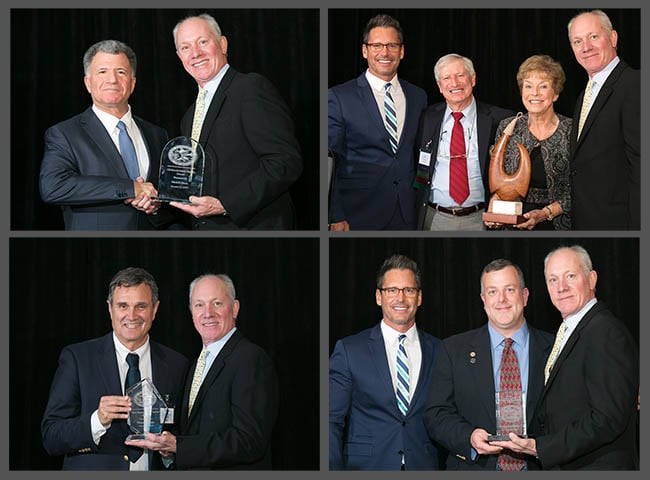 Mark Davis Accepts the Gil Keech Heavy Tackle Award
IGFA Gil Keech Heavy-Tackle Award winner Mark Davis has achieved more Billfish Royal Slams than any other angler. He has caught all the world’s billfish species an incredible eleven times over.
In addition to this feat, Davis has released blue marlin and bluefin tuna estimated at over 1,000 pounds. Davis’ boat, the 39’ Sea Genie II, is the top tag-and-release blue marlin and spearfish boat in the Pacific.
Despite all these achievements, his most valued accomplishment has been introducing his family to the joys of big game fishing and leading each of them to accomplish their own Billfish Royal Slams.

IGFA Representatives are ambassadors who promote angling, IGFA standards and recruit new IGFA members in their communities. Sally Kurz, who proudly represents California, led recruitment in 2017 by attracting 38 new IGFA members who will help the organization continue its mission of angling stewardship and conservation.

IGFA Chester H. Wolfe Outstanding Sportsmanship Award winner Jason Schall first received the honor in 2014. Since then, Schall became an IGFA Representative for South Carolina and has taken on the voluntary role of “Certified Fishing Instructor” for the South Carolina Department of Natural Resources.

He travels the state promoting angling and conservation, hosts fishing clinics and tournaments, and shares his passion for fishing with a new generation of anglers.