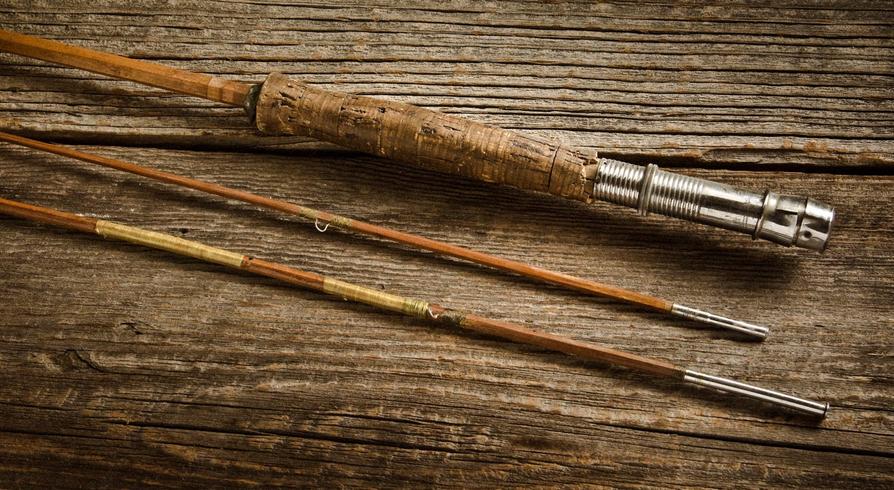 The International Game Fish Association (IGFA) has been around for 80 years. The IGFA is the first official association for recordkeeping, but we are far from the first for other fishing accomplishments.

Luckily, The IGFA E.K. Harry Library is full of interesting tidbits of fishing history and fun facts. We recently unearthed a list from the Joe Brooks collection on some American fishing firsts from a Harold H. Smedley, of Muskegon, Michigan. He prepared the record for the National Association of Angling and Casting Clubs (now the American Casting Association).

Learn more about the history of the ACA.

George Snyder, President of the Bourbon County Angling Club in Paris, Kentucky, produced the first multiplier reel. It was likely also the first jeweled reel—inlaid with garnet bearings. Not something you’d want to lose overboard.

A gentleman by the name of Ed Jenks of Colebrook, Connecticut, made the first steel hooks in the U.S.

Samuel Phillippi, of Eaton, Pennsylvania, made the first split bamboo rods. Made of three splits, the tip and the middle joint were bamboo. The butt of the rod was made of ash. Also that year, the first known American Angler’s Guide appeared. John J. Brown wrote the inaugural guide.

Henry Hall established the first fishing line factory in Harlem, New York. He made lines of linen and silk.

Following in Eaton’s footsteps, the first complete bamboo rod was made by Mr. E. A. Green of Newark, New Jersey. These rods were made of four split sections and were sold through Andrew Clerk & Co. Later, the rods were sold by Abbey & Imbrie (1876).

Professor Cope of the Academy of Science in Philadelphia, Pennsylvania identified the first grayling in the U.S. The fish was sent to him by Dr. Manly Miles of Lansing, Michigan. Cope named the fish Thymallus Tricolor.

The reel deal appears! The first level winding reel appeared on the market in 1878. It was a product of Wheeler and McGregor of Milwaukee, Wisconsin. It came in two different spool widths and were marked the No. 3 and the No. 4. The reel was sold mainly by the Wilkinson Co. in Chicago for only a few years.

It came in nickel silver (German silver) and nickel-plated brass versions. The reel has two patent dates of May 29th and June 26th, 1894 marked on the reels. The patents were for the level wind and the direct drive of the crank handle to the level wind worm gear, respectively.

Welcome home, brown trout! The first brown trout eggs made it over from Europe in 1883. In April 1884, the U.S. Fish Commission first released 4,900 brown trout fry into the Baldwin River, a tributary of the Pere Marquette River in Michigan.

Between 1884 and 1890, brown trout were introduced into suitable habitats throughout the U.S. and by 1900, 38 states and two territories had received stocks of brown trout. Their adaptability resulted in most of these introductions establishing wild, self-sustaining populations.

The original cork grips appeared on rods in 1888.